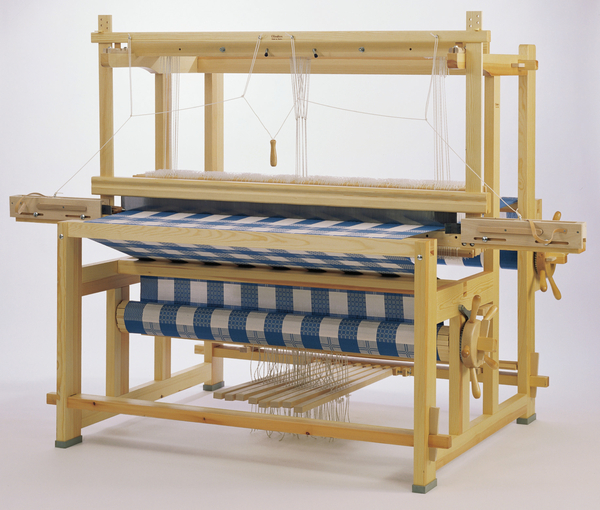 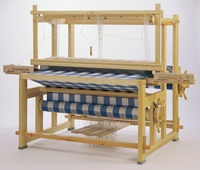 Wholesale Customers: please Log In before starting your order.

A Fly Shuttle Beater is a device that considerably increases the speed of shuttling and thereby weaving.  The lower part of the Fly Shuttle Beater has at each end a shuttle box and is wider than usual to provide a shuttle race.  In each shuttle box there is a catcher/thrower, which can move along the box.  A cord from each shuttle catcher is joined in the center of the loom and attached to a handle.

By pulling the handle the shuttle is thrown theough the open shed across to the other shuttle box.

The Fly Shuttle Beater is especially useful for wide warps, so you don't have to reach to the warp edges to throw your shuttle or for weaving yardage.